To Spank or not to Spank

When my mother had her first child my grandmother visited her in the hospital and gave her a wooden spanking paddle.  “Some day you will need this,” she told my mother.  I heard my mother tell this story again and again throughout my childhood to justify her use of corporal punishment.  As a child, I was determined never to spank my children.  “Some day you will understand,” my mother told me.

When I became a pediatrician, I took care of toddlers who ultimately died from corporal punishment.  I watched their brains swell until the neurosurgeons had to drill holes in their skulls to release the pressure.  I took care of one teen who was beaten so badly by his mother that he was hospitalized with renal failure.

Then I became a parent. 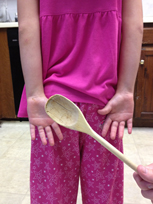 I, like 94% of American parents, utilized corporal punishment.  Not often.  Not severely—just an occasional quick swat on the buttocks.  Spanking was an ultimatum used only for defiant children who refused to go to time-out, and I threatened it far more than I ever actually did it.  I finally understood what my mother, my grandmother, and generations of parents faced.  But I don’t spank anymore.

Few issues are as controversial as corporal punishment.  In September, 2012, Delaware made spanking illegal.  Yes, that’s right, parents who inflict any “pain” on their children can go to jail… in Delaware.  Yet 19 states still permit spanking in public schools.  California and other states are working hard to push through legislation that makes spanking a crime.  There are organizations that oppose all forms of child punishment, including extra chores, writing assignments, etc.   But you can go online and hire a professional spanker to come and spank your child or teen.  There are even those who advocate for “spanking therapy” and discuss “whipping theory” as a cure for depression, and addiction.   Is your rear end burning yet?

The experts are just as conflicted.  The American Academy of Pediatrics (AAP) strongly opposes corporal punishment.  But The American College of Pediatricians (ACP) feels that “Disciplinary spanking by parents, when properly used, can be an effective component in an overall disciplinary plan with children.”  From the AAP’s  “Guidance for Effective Discipline.”

The ACP quotes other research “That limited use of spanking, when directly compared to alternative disciplinary tactics, has actually been shown to lead to improved compliance and less aggression in children.”

As for me, my spanking days are over.  I have other parenting methods that are more effective.  Violence is a poor solution to the ills of our world, and the challenges of parenting are no exception.  I feel freed from some burden now that I don’t have to spank my kids.  But I certainly have not given up discipline.  Teaching discipline and self-control is a primary obligation of a parent.

So what do we do instead of spanking?   In our house we do a lot of service projects for people we have disrespected.  If you mouth off to me, you might need to help me with laundry, or gardening, or cleaning the bathroom.  If you are mean to your sibling, you might have to help them with homework or clean their room.  Exercise can also help calm strong emotions.  Sometimes I’ll send a child outside to walk a few loops of our cul-de-sac.  If a child is truly out of control, they usually have to sit in the bathroom and draw a picture or write an essay about the issue at hand.  Those too young to draw pictures just have time out in the bathroom, one minute for each year of life. Five-to-eight- year-olds often have to copy essays I have already written.  My favorite starts like this: “Attitude is a choice.  When I have a bad attitude, I am hard to live with.”  If they refuse to write their essay, they get a longer essay.  Until the essay is written there are no privileges such as tasty meals, toys, extra-curricular activities, etc.  Different children have different needs and temperaments, and there is no one-size-fits all form of discipline.

Many people say they spank as a rare attention-getter when a child puts his or her life in danger.  My ear piercing screams have served this purpose the few times my toddlers have run towards busy streets or otherwise endangered their lives.

Most importantly, we try very hard to tame our own anger.  Yelling and using angry verbal reprimands is just as bad, if not worse, than spanking.  We say we discipline out of love.  Anger is not love.

Love and discipline go hand in hand.  For my grandmother, spanking was what it meant to love and discipline her children.  When I had my first child, I wondered if my mother would bring me a spanking paddle as a baby gift.  Fortunately, she loved me enough to find a better gift. 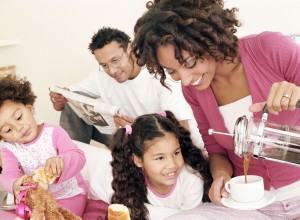 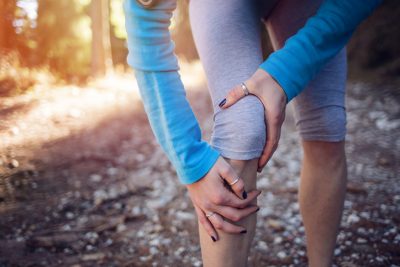 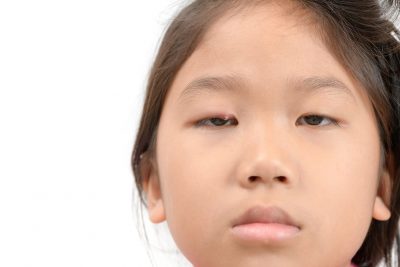 When Your Child Has a Stye