Stress, Cortisol, and getting your baby to sleep

Does sleep training teach your baby “learned helplessness”?  Some parenting experts are saying “yes,” especially after new research shows that infants who were permitted to cry at bedtime had elevated levels of the stress hormone cortisol in their blood. 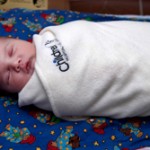 cannot escape.  Eventually, the person or animal will stop trying to avoid the stimulus and behave as though they cannot change the situation.  Learned helplessness impairs the human brain’s ability to process stress and is strongly associated with depression and anxiety disorders in later childhood and adulthood.

Is this what sleep training does to babies?  Do infant sleep training techniques such as the Ferber method, the “camping out method,” or the “cry it out method” (explained in detail below) teach infants learned helplessness?  If we teach babies to go to sleep, are we really turning them into helpless people who don’t avoid pain? Are we putting our infants at risk for a life a depression, anxiety and mental illness?

This is enough to make any sleep-deprived parent cry.  Keep reading.  I have good news.

A study by Dr. Wendy Middlemiss of the University of North Texas, looked at babies from age 4-10 months who “cried it out” until they fell asleep without any soothing from a parent or caretaker.  By the third night of the study, infants were found to have cried for a shorter period of time before falling asleep. But the babies’ coritsol levels remained high, while the mothers’ levels fell in accordance with the time spent crying.

Some have called this learned helplessness.  I disagree.

The term “learned helplessness” was coined by psychologists Seligman and Maier in 1967. They observed helpless behavior in dogs that were conditioned to expect an electrical shock after hearing a tone. Later, when given an opportunity to avoid the electrical shock by simply jumping over a low barrier, these dogs didn’t even try to escape.

But babies who are sleep-trained by loving parents are not the same as the dogs in cages that are given electrical shocks they cannot escape.  Babies go through soothing bedtime rituals and have parents who come back in the morning.  Their daily needs of nutrition, love, and attention are met.  Sleep-trained babies are learning appropriate inhibition, or self-control.  Their brains are developing critical inhibitory connections.  Sometimes learning self-control is stressful.  In fact, it usually is.  Babies over six months need to develop inhibitory connections in their brains, sometimes called “self-regulation.”  If your baby cries when you change her diaper, are you going to leave her in a dirty diaper?  No, you do your best to sooth her but still meet her needs and yours.  Sleep training isn’t very different.  It’s just about sleep rather than poop.

Our best pediatric research supports this hypothesis—that sleep trained babies grow into healthy children without psychiatric or behavioral disorders.  As for those who believe that sleep-training teaches infants learned-helplessness, we have no research evidence that babies who are sleep-trained are at higher risk of behavioral and psychiatric disorders later in life.

I can’t believe we need research to tell parents it’s okay to get a good night’s sleep.  By the time baby is about six months old, parents need to get at least 6 hours of uninterrupted sleep each night.  How do you accomplish this?  Sleep training.  Sleep deprivation makes for very poor parenting. Adult sleep deprivation is also associated with a host of diagnoses parents don’t need—everything from depression and anxiety to obesity, diabetes and cancer.

I am not an advocate of just letting babies cry in their cribs until they fall asleep.  This isn’t fair to the baby, who may not understand that parents will come back and are not gone forever.  In psychological terms, infants may not yet have developed “object permanence.”  This is why modern pediatricians and psychologists have developed sleep training methods, sometimes called “graduated extinction,” or “controlled comforting.”

The Ferber method of sleep training, also known as “Ferberizing,” is an infant sleep-training technique developed by Dr. Richard Ferber.  Dr. Ferber is currently the director of The Center for Pediatric Sleep Disorders at Children’s Hospital Boston and Harvard Medical School.  He has been researching sleep and sleep disorders in children for more than 20 years.  The Ferber method is meant to be used for infants who are at least 4 months old, but Dr. Ferber recognizes that many babies have nutritional needs at night and cannot go six hours without feeding until about six months of age.  For this reason, I usually don’t recommend sleep training before babies are six months old.

Here are the key points to the Ferber method:

The “camping out method” also called the “camp-it-out method,” or “adult fading” is another commonly accepted form of sleep training.  In this method, parents sit or lie in their infants’ room and may touch them while they are in their crib, but do not feed, rock, or cuddle them to sleep. Gradually, caretakers move back from the crib and eventually out of the room.  Usually, parents use a chair or mattress on the floor and slowly move the chair or mattress away from the crib until they are out the door.

An essential element of any sleep training method is that babies are put in their cribs when they are drowsy but not yet asleep.  Only then can babies learn to fall asleep.

Never try to sleep-train an infant under four months of age.  As I mentioned above, it’s probably best to wait until at least six months.  If you are struggling with sleep in an infant under six months of age, my college and fellow mompediatrician Dr. Katie Bucklen has some great suggestions for solving baby’s sleep problems.  Please use safe-sleep techniques such as a bedside infant bassinet or “co-sleeper,” rather than sleeping with your infant in bed with you.  Although co-sleeping allows for easy breastfeeding for moms of newborns, co-sleeping has been associated with SIDS and infant suffocation.  We see these babies dead on arrival when they come to the hospital.  I use a “co-sleeper,” or three-sided crib that abuts the edge of my bed.  My babies sleep just about six inches away from me, but are safe from soft adult bedding.  We no longer recommend sleep positioners.

If your baby is sick, teething, out of his or her routine, or in a new environment, it’s not a good time for sleep training.  Always respond to the physical needs of your baby, such as clearing their nose of mucus when they awake with a cold.  If your baby is teething, try these techniques to sooth their painful gums and don’t expect them to sleep well.  If they are coughing a lot at night, be sure to see your pediatrician as this can be a sign of wheezing, asthma, or reactive airway disease.  If you’ve already sleep-trained your baby, you may need to re-train them if they get out of their routine due to sickness or other stressors.

Sleep training works for naps, too, but most people start with night-time.  If you are struggling with nap schedules or a little one who doesn’t want to take naps, read this very practical article by my colleague Dr. Sarah Lenhardt.

Many have argued that infants who are permitted to cry in their cribs, even during sleep training methods, are not capable of “self-soothing.”  Critics say that infants don’t really settle down, relax, and go to sleep.  They just give up.  But we know from other research that infants do have effective methods of self-soothing.  Sucking a pacifier, for example, releases calming hormones in the brain.  Attachment objects, such as a blanket, doll, or plush toy can have similar calming effects, especially in older infants and toddlers.  Ask any parent who’s tried to take a pacifier or favorite blanket away—removing attachment objects causes stress!  And giving them to children helps them self-sooth.  Consistent bedtime routines, rocking before bed, and singing or playing music for your infant can also reduce stress.

What about the study I cited above that found elevated levels of stress hormones in babies who were left to cry in their cribs?  Why didn’t these babies seem to self-sooth?  First off, these babies were not put to sleep using a modern sleep training technique such as the Ferber method or the camp-out method—they were left in their cribs to cry it out without any comforting.  Furthermore, these babies were not in their own homes but rather in a research center.  So they were left in strange cribs in a strange room to cry-it-out without any comforting.  Of course they were stressed!  The 2012 pediatrics study that supports sleep training DID use either the Ferber method or the camp out method, and babies were permitted to sleep in their own cribs in their own homes.  I’d love to know what these babies’ coritsol levels were like—I’ll bet they weren’t as elevated as those of Dr. Middlemiss’ study.  In defense of Dr. Middlemiss, even she admits that it is not the elevated infant levels of cortisol that were of interest, but rather the fact that infant levels remained high on the third night while parental levels declined.

So relax, teach your baby to sleep, and get some sleep for yourself.  Sleep training is good for babies and parents. 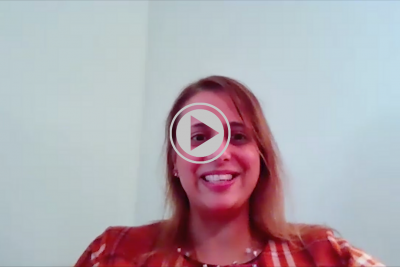 Help Your Kids Get Through the Stresses of COVID-19

When your child bites