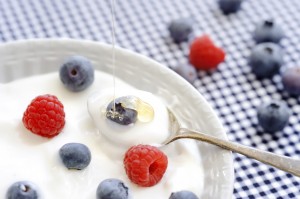 Over the last 3 to 4 weeks in the emergency room, I’ve seen an unusually high number of kids with viral gastroenteritis-commonly known as ‘the stomach flu’. Most cases of the stomach flu are treated with instructions to push small amounts of fluids frequently and ensure hydration, sometimes along with a few doses of the anti-nausea wonder drug- Zofran! One genre of questions that is often posed to me by parents- “Can I use probiotics for my child?”, “Do Probiotics really help in kids with stomach flu?”, and “What form of Probiotics are good in children?”

Severe gastroenteritis is responsible for one million pediatric medical visits every year.  By the age of five, one in 278 kids will be hospitalized and one in 14 will visit the emergency room. Unlike in adults, anti-diarrheal medications cannot be safely used in kids. According to a clinical report published by AAP, in Pediatrics, Dec. 2010, ‘Probiotics may be useful in the treatment of viral gastroenteritis and for preventing antibiotic-associated diarrhea in healthy children, but may be less effective for other diseases.

What are Probiotics? Probiotics are foods or supplements that contain live, potentially beneficial microorganisms that can alter the gut microflora of the host. The most common microbes in probiotic products are strains of Lactobacillus, Bifidobacterium, and Streptococcus.

What are some sources of Probiotics? They are found naturally in small amounts in fermented foods such as live (bio) yogurts and cheeses, sauerkraut, and sourdough bread. Probiotics can be found added to milk, yogurt, cheese, fruit drinks and chocolate and are usually labelled as “contains active cultures including Lactobacillus (L-G-G)…” You can also find probiotics supplements, capsules, drinks and yogurt shots which contain large amounts of friendly bacteria. Supplements such as Culturelle, Acidophilus, etc. are commonly used in children.

Do Probiotics help? In the AAP report, the authors Dan W. Thomas, MD and Frank R. Greer, MD, of the AAP’s Committee on Nutrition reported that there is evidence for modest use of Probiotics, especially when probiotics (mixed with milk or formula or given as a supplement) are administered early in the course of an acute gastrointestinal viral infection such as rotavirus, the duration of symptoms can be shortened by about one day.  Probiotics also have been found to be modestly effective in preventing antibiotic-associated diarrhea in otherwise healthy children, though there is no evidence probiotics are effective at treating this type of diarrhea. Other research has shown that taking probiotics can help shorten a bout of traveler’s diarrhea, as well as colds and flu and other common bugs. There is also research supporting the role of probiotics helping those who are taking antibiotics, replacing good bacteria which are indiscriminately killed off by the drugs.

Are Probiotics safe? Probiotics are generally safe but should not be given to chronically or seriously ill children. More research is needed before probiotics can be recommended to treat disorders such as irritable bowel syndrome, Crohn’s disease, colic, and constipation, and to prevent common infections and allergy in children.

The case against probiotics– Some experts believe that the health benefits of probiotics have been over-stated. They say there’s no need for healthy people to worry about gut bacteria and that claims that probiotics boost the immune system are unproven. There are also safety concerns with probiotics, particularly in high-risk individuals. Many cases of infection and even sepsis and meningitis have reported in immunocompromised patients given probiotics. Also, since the make-up of everyone’s gut is different, with a unique mix of millions of bacteria, probiotics may not always have the same impact.

The case for probiotics -Many physicians and parents feel that even if probiotics could reduce the duration of illness by one day, it could potentially benefit by preventing dehydration, emergency room visits, missed days of school and work. There are ongoing studies to that effect and doctors are trying to determine if probiotics can help young patients recover after a bad stomach bug. David Schnadower, MD, MPH, Pediatrician at Washington University School of Medicine in St. Louis and his colleagues are testing one of the most commonly used probiotics; Lactobacillus-G-G or L-G-G, which is sold over the counter as Culturelle.  While L-G-G appears to be safe, Dr. Schnadower, who is leading the trial of 900 kids, ages 3 months to 4 years who seek emergency treatment for the stomach bug, says it is too soon to recommend it for treatment of symptoms. He says this study which will be the longest study ever, may offer an additional treatment option for emergency room physicians and parents.

Overall, unless you are severely ill, probiotics both pose no risks and have no unpleasant side effects. In short, taking them, especially good dietary sources, won’t do any harm. However, ample research is still needed to answer other remaining questions including the duration of probiotic use, adequate doses and specific probiotic strains. So for now, unless you are allergic to yoghurt, go ahead and enjoy a good cup of low fat yoghurt, preferably with ‘no added sugar’! 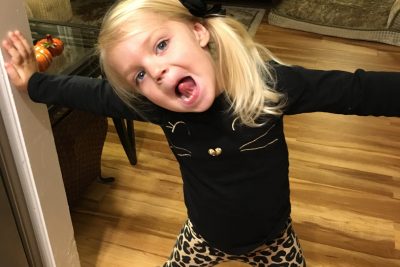 Channel Your Child's Energy: Ideas for parents to foster attention and executive functioning skills at home 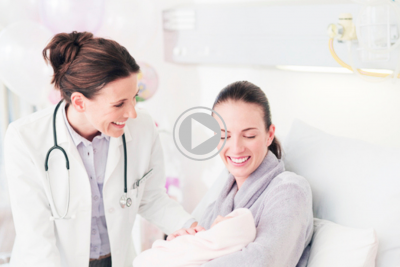