Dr. Kim Hamlin is a Pediatric Hospitalist with St. Louis Children's Hospital, an Assistant Professor of Pediatrics at Washington University School of Medicine, and a guest-blogger to www.childrensmomdocs.org.... View More

Circumcision: Whose idea was it, anyway?

Breast or formula? Cloth diapers or disposables? Stay-at-home mom or going back to work?

their child’s birth. If your baby is a boy, one of those decisions is whether to have him circumcised. In some families this decision receives little consideration…..OF COURSE WE’RE GOING TO CIRCUMCISE HIM! In fact, parents who choose to keep their son intact (the preferred terminology for an uncircumcised boy) often face criticism and second-guessing from grandma, grandpa, aunts, uncles and anyone else who seems to think it’s their business.

Circumcision, or the surgical removal of the foreskin of a boy’s penis, is commonly done on infant boys in the first few days of life. There are a variety of reasons parents choose to have their son circumcised. In some faiths, most commonly Judaism, it is considered a religious requirement. Outside of religious reasons, though, the overwhelming reason parents request circumcision is cosmetic….because they are accustomed to a penis looking a particular way! Other common reasons are that all of their friends had it done, that they don’t know anyone who isn’t circumcised, that he needs to look like his father, or because of some vague idea that a circumcised penis is “cleaner” or “healthier” or “easier to take care of.” Some parents are unaware that it isn’t medically necessary. And while there are some (very modest) medical benefits, parents rarely report those benefits as the driving force behind their decision to circumcise.  So what are the issues to think about?

But everyone does it!
It is true that the majority of boys in the Midwest are circumcised; the regional in-hospital circumcision rate is about 71%. However, that number has been falling for the last 15 years. Nationally the circumcision rate fell to 55% in 2010, meaning that nearly half of US baby boys are NOT circumcised. In fact, in the Western US, most boys are NOT circumcised, with a circumcision rate of 40%.  Some Western states are considerably lower, including Nevada were only 1 in 8 newborn boys is circumcised, and 1 in 6 in Washington.  So there are, in fact, MANY boys who are not circumcised, both locally and nationally. Parents who choose to keep their newborn son intact can be comfortable he will not be the only uncircumcised boy in the locker room in 15 years.

He will look different than daddy

That’s right, he will. And not just because of his penis! He may have different hair color, eye color, shape of his nose, or smile. Little girls do not develop breasts for years, and when they do, they may well look different than her mother’s. We don’t consider these differences to be a problem. We just explain that everyone is different, including genitals. In my family of three generations and 12 males, some circumcised, some intact, never once has anyone been concerned or even commented on the difference. In fact, the most shocking thing for little boys upon seeing their father’s genitals is the obvious difference in size, not the presence or absence of a foreskin!

It will be easier to take care of and cleaner

A newly circumcised penis requires far more care than an uncircumcised one! For a newly circumcised baby, ointment has to be applied to keep it from sticking to the diaper with every diaper change. If poop gets all over it, it can be a real pain to get it cleaned off when you can’t bathe him and wiping it makes it bleed. In some boys, the small amount of foreskin left will scar to the head of the penis and need further treatment from a urologist, sometimes including surgery and general anesthesia.

Compare that to the care of an intact penis. You wipe if off like a finger….and that’s all! The popular belief that you need to retract (or pull back) the foreskin and clean under it daily is not only incorrect, it is HARMFUL! In babies and toddlers, the foreskin is actually completely fused to the glans (or head) of the penis, like your fingernails are attached to your fingers. Forcibly pulling back the foreskin actually rips and tears the foreskin away from the head, causing severe pain, bleeding, and scarring. The foreskin gradually detaches from the head of the penis over the first few years of a boy’s life; most (but not all) boys have a retractable foreskin by about age 5. Once it is retractable, it is appropriate to teach him to gently pull it back, wash with regular soap and water, and replace the foreskin to its usual position. This should be done in the same way you teach your son to wash his hair and ears and feet. As a general rule, the only person who should be retracting a young boy’s foreskin is the boy himself, as he will not pull so forcibly as to cause damage.

While considered a minor procedure, circumcision is far more than “a little snip.” The most common takes about 10 minutes to complete and is performed on an awake baby. The type of pain control provided, if any, is up to the physician. The most effective pain control is to give 2 or more shots of numbing medication into the base of the penis. If effective, the penis is then nearly completely numb. This is not 100% effective every time, and the procedure usually proceeds even if the baby is experiencing pain.  There is also pain from the rubbing of this open wound against the diaper until healing is complete. Finally, not all doctors choose to provide pain control. While not recommended, some physicians still circumcise simply with the baby strapped to a restraint with only a pacifier to soothe his pain.

Then there are the complications to consider. The most serious immediate complications are bleeding, infection, and injury or amputation of part of the penis. Bleeding is the most common and occurs in 1-2% of boys. Further complications are not unusual and may occur months to years after the circumcision. Some may require surgery to correct. These include adhesions (when the remaining foreskin scars to the head of the penis) and removal of too much or not enough of the foreskin. In fact, “circumcision revision,” or “re-circumcising,” is commonly performed when parents are dissatisfied with how the penis looks. Meatal stenosis, or severe narrowing of the opening where urine comes out, occurs almost entirely in circumcised boys and can cause painful urination, problems with urinary stream, and bleeding. It may require further surgery to correct. It occurs in about 1 in 10 circumcised boys.

The American Academy of Pediatrics released a revised policy statement on circumcision in 2012. After thoroughly reviewing more than 1000 research articles, the most they could say was that the benefits of circumcision outweigh the risks of the procedure but were NOT enough to recommend that all newborn boys be circumcised. Said differently, there are modest health benefits, but they aren’t beneficial enough that we encourage it for everyone.

The strongest benefit is the prevention of urinary tract infection (UTI). Circumcision definitely reduces the risk of UTI in the first year of life. However, even in an intact boy, his risk of getting a UTI is only 1%. There is a 99% chance he wouldn’t get a UTI anyway, and these infections are usually easily treated with antibiotics. Another area of benefit is in the reduction in transmission of HIV. While circumcision has been shown to reduce the transmission of HIV in high-risk populations in Africa, it has not been proven effective in the U.S. Avoidance of risky sexual activities and use of condoms are far more effective than circumcision in preventing the spread of these diseases.

Circumcision is just one of many decisions we must make for our sons. While ultimately the decision falls to you, mom and dad, it’s important to consider all the available information in order to make an informed choice.

St. Louis Children’s Hospital does not deliver babies and, as such, is not a primary site for routine infant circumcision, with the exception of those infants admitted to the NICU immediately after birth. 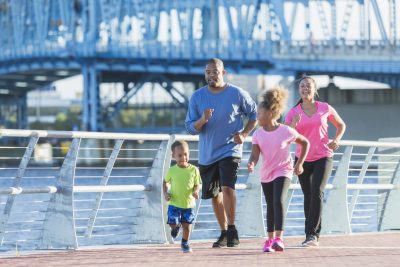 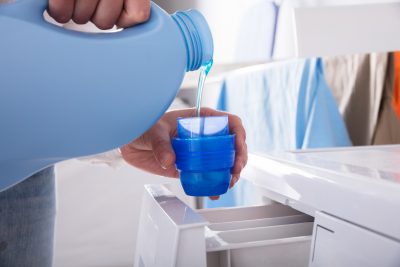 Popular Products Parents Can Skip: Advice from a Pediatrician