After a Head Injury – When to get back in the game?

It’s the day after the Super Bowl and while we all still have football on our minds, I wanted to take an opportunity to share some of my thoughts about an injury common in football and other sports.

Head injury or concussion is one of the most common reasons why kids come to see me in the ER.  After a normal exam and CAT scan, parents are relieved… until I tell them their child needs to stay out of sports for a while.  The child, usually still in a sports uniform, often cries or becomes angry, and the parents ask, “What about his tournament this Saturday?”  I gently try to explain about concussions, Second Impact Syndrome (SIS) and the risks of a second head injury before a child has recovered from the first.

A new case study just published continues to reveal the dangers of SIS, a devastating form of brain injury that occurs when a child with a head injury returns to sports too soon and then gets a second head impact.

Second Impact Syndrome (SIS) is a severe and often fatal form of brain injury that is preventable, simply by keeping kids out of sports after a head injury until given a clean bill of health by their pediatrician.  Children afflicted by SIS usually have a normal medical exam after the first head injury, often with a normal CAT scan.  But a normal CAT scan does not mean a child is ready to return to sports.  The first injury causes small changes in the way the blood vessels in the brain respond to stress and injury, changes that cannot be detected by a CAT scan.  After the second head injury, the brain swells more than would be expected, resulting in severe permanent brain injury or death.  Children’s young brains are at higher risk for SIS than adults—all reported cases are in people under 20 years old. 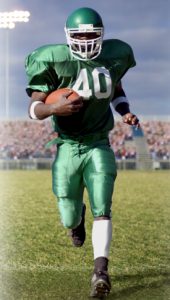 Coming Out of the Game

Our society encourages kids to be tough and keep playing, especially if the sporting event is almost over.  I saw a swimmer in the ER who was completely knocked-out/unconscious after an underwater head injury, pulled from the pool by teammates, but he still swam his last race before the trainer recommended he go to the ER.  I had a football player with a helmet-to-helmet head butt who played the rest of the game before his coach decided that his headache and dizziness were severe enough to merit a visit to the ER.  I’ve seen gymnasts suffer a blow to the head and still finish their events.  I even had the director of athletics from a local high school argue with me in the ER when I recommended that a child with mental status changes could not return to practice.  A bump or goose egg on the head is often treated with ice for a few minutes and then the child is sent back into the game.  What about the parents?  They are usually watching from the sidelines and trust that the coaches and trainers give their children good advice about returning to play.

Is it a Concussion?

How do you know if a head injury is a concussion?  A concussion is a bruise to the brain.  With most concussions, the child is not knocked out or unconscious.  A child can still have a concussion even if a CAT scan is normal—in fact, only the most severe forms of concussions can be seen on a CAT scan.  Concussion symptoms include headache, nausea, vomiting, dizziness, change in vision, feeling dazed or stunned, trouble concentrating, moodiness, and changes in sleep patterns.  Concussion symptoms may be present right after the head injury, but sometimes symptoms take hours or even days to appear.   For more information about concussions, see St. Louis Children’s Hospital’s Concussion Facts for Parents and Caregivers of Children and Teens.

Returning to Sports After a Head Injury

When is a sports head injury so bad that you can’t go back into play?  And how long should a child stay out of sports after a concussion or head injury?  Is it ever okay to encourage kids to “though it out?”  Dr. Mark E. Halstead, MD is a pediatrician at St. Louis Children’s Hospital who specializes in sports-related concussions.  He’s spent much of his career trying to answer these questions.  Together with Dr. Kevin D. Walter, Dr. Halstead wrote the American Academy of Pediatrics policy statement on Sport-Related Concussions in Children and Adolescents.  Dr. Halstead’s short answer is this—a child or adolescent who is having any symptoms of a concussion, including headache,  should never return to play on the same day as the head injury, even if they feel better after a few seconds.  Kids who have any symptoms of concussion need to be seen by their pediatrician, who can determine how long they need to stay out of sports.  Younger children need more time for brain recovery than adults.

Advocating for Our Children

When a kid gets hurt on the playing field everyone claps when they get up.  There is nothing to cheer about when a child returns to sports after a head injury.  As parents, we have to advocate for our children when they are hurt.  We have to call coaches and inform them that our children will not be returning to practice right away.  We need to help inform coaches and trainers of these risks.  Because the medical science related to head injury in children has changed so much in the past ten years, many coaches and trainers do not yet know what is best for our children.  We have to change the culture about toughing-it-out when it comes to head injuries. 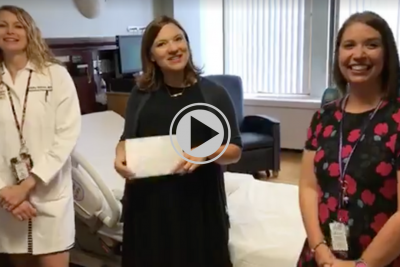 Who's Who in the Delivery Room? 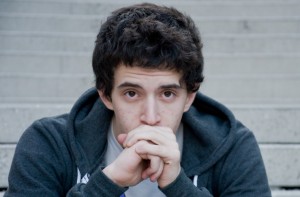