Kids & Vaccines | Should Your Child Be Vaccinated?

Although the members of our team do not work in primary care settings and thus do not routinely give kids vaccines as part of our practice, it still has an effect on what we see and do in the hospital setting.

As physicians, our goal, as well as our job, is not just to treat those who are ill. It is also to educate as much as possible in order to help you stay well and prevent disease. I know that those who oppose vaccines will most likely not change their minds from what I write here. But I do want everyone who reads this to become informed. Learn about what is true and not true in regards to vaccines. While we as physicians always advocate for what we think is best, it is ultimately YOUR decision to make about what is done with regard to your child. So let’s try and make that decision as informed as possible.

Vaccinations are one of the greatest inventions in the history of mankind. As a result of how amazingly effective and powerful they have been, their success has also caused them to be questioned in recent years. Why is that? Because many of the diseases parents, children, and medical care givers used to see on a regular basis we simply no longer see. It is this “out of sight, out of mind” phenomenon that has many parents questioning whether vaccines are necessary and worth it. The bottom line is that giving vaccines, like everything else we do in our lives, is about risk and benefit. Do the benefits outweigh the risks? Am I doing the right thing for my child? When we ask that question of vaccines, the overwhelming answer is YES. The benefits greatly outweigh the risks.  Here are some numbers to help visualize this.

Risks of Not Vaccinating

These are just some examples. Some of these numbers may seem insignificant because of how low they are. However, each one is absolutely significant because they were mostly preventable. In addition to this, when compared to the safety numbers for vaccines, those stats are simply unacceptable.

Misinformation that Leads Parents Not to Vaccinate

There are various reasons why parents choose not to vaccinate their children.  Here are some of them:

1.  “These diseases are so rare and everyone else has their children immunized that mine simply doesn’t need it”.

The issue with this idea is that while the incidence of these diseases has definitely decreased as a result of widespread vaccinations, they still exist. One of the greatest risks comes as a result of travel to and from other countries. With the ease of air travel in today’s world, it only takes ONE person to start an epidemic. Only one person with polio. Only one person with measles. As has already happened, those children not immunized are at greatest risk. In addition to this, as more and more children remain unvaccinated, the coverage provided by “herd immunity” decreases. It’s unclear exactly where the breaking point is (estimated to be between 85-90%). But it’s not something we should be willing to find out.

2.  “I’ll just wait or spread them out so that my baby isn’t exposed to too much too early and all at once”.

Again, there are a few issues here. First, young infants are most at risk to catch many of the vaccine-covered illnesses. They suffer more severe complications. The longer you delay vaccines, the more risk you place on your child from potentially exposing them to dangerous but preventable illnesses. Secondly, the antigen load that vaccines places on children is a fraction of what the body is able to handle and process. In fact, as we have improved vaccines, the total number of antigens from all vaccines combined is lower than the number of antigens that were present in the single original polio vaccine!

While it may seem that we give children more and more vaccines, the efficiency with how we design and deliver these newer vaccines is actually lowering the antigenic load. Finally, there was a smaller study that showed that infants vaccinated earlier on had fewer overall infections when compared to those that were not immunized or were delayed.

The incidence was similar to the overall incidence of intussusception in unvaccinated children. Still, the original Rotavirus vaccine was removed until a safer vaccine was developed. The newer vaccines (Rotateq and Rotarix) are not associated with intussusception at this point in time and are considered very safe. Of note, despite the possible association of intussusception with the initial rotavirus vaccine, more than 16,000 children who were not immunized were hospitalized for dehydration and 5-10 of them died as a result. The risk of not immunizing still remained.

4.  “I do not want to risk my child developing autism”.

I have little doubt that everyone reading this article has heard of numerous stories linking autism with vaccines. This has become probably the largest obstacle to vaccinations that pediatricians face today. Part of the reason for this is the widespread media attention that this has garnered. Unfortunately, the misinformation provided to parents trying to do their “research” can make the issue terribly confusing and difficult to process.

I will simply state that there has not been a single peer-reviewed, well-controlled study that has shown any link between autism and vaccines. Not a single one. No one has ever replicated the original claim. In fact, Dr. Wakefield, the person who started the scare between the MMR vaccine and autism fixed and altered the results in his study! Unfortunately, the results of his small, fraudulent study involving 20 children have had a long-lasting negative effect on vaccinations. Because of this, a large number of independent researchers across the world have studied the link between autism and vaccines and it simply is not there. If there was a link, we would have removed the MMR vaccine much like the rotavirus one recently. While we still do not have an answer as to what causes or triggers autism, we do know one thing that does not—vaccines! 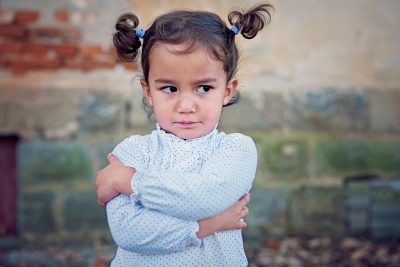 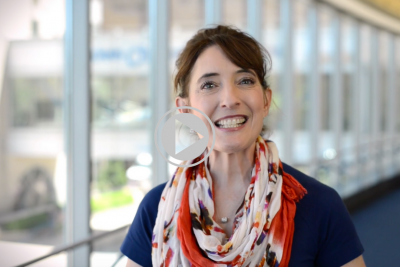 Hormones in Milk: Should You Worry?

Is Organic Food Better for You?