Ear infections in children are very common. Infection of the inner ear, also known as otitis media (OM), is the leading cause of visits to the doctor by children. It is also the most frequent reason children receive antibiotic prescriptions or undergo surgery in the U.S. Ear infections accounted for more than 13 million prescriptions in 2000 alone. A history of OM has been reported in 48% of all children by age 6 months, 79% by age 1 year and 90% by age 2. It is therefore thought that every child will have had at least one ear infection by the time he or she reaches the teenage years.

In order to fully understand OM, it is helpful to have a basic knowledge of ear anatomy. Deep within the outer ear canal is the eardrum. This is a thin, transparent membrane that vibrates in response to sound. Behind the eardrum is the space called the middle ear. When the eardrum vibrates, three tiny bones, called ossicles, within the middle ear transmit these sounds to the inner ear. Nerves are stimulated in the inner ear and relay the sound signals to the brain. The Eustachian tube, which connects the middle ear to the nose, normally equalizes pressure in the middle ear, allowing the eardrum and ossicles to vibrate correctly, so that hearing is normal.

There are certain factors particular to children that make them more at risk for otitis media. In children, the Eustachian tube is shorter and less slanted than in adults. Its size and position allow bacteria and viruses to travel to the middle ear more easily. Children also have clumps of infection-fighting cells, commonly called adenoids, in the area of the Eustachian tube. These adenoids may enlarge with repeated respiratory tract infections and ultimately block the Eustachian tubes. When these tubes are blocked, the middle ear is more likely to fill with fluid. This, in turn, increases the risk of ear infections in children.
Other strong risk factors include parental smoking, age less than 2 years, exposure to family members with respiratory infections, daycare attendance, excessive pacifier use, genetic predisposition and breastfeeding duration of less than 3 months.

Otitis media includes some intense signs and symptoms of infection and inflammation.

The most common symptom of an ear infection is pain. Older children can tell you that their ears hurt. Younger children may only seem irritable and cry. It may be more noticeable during feedings because sucking and swallowing can cause painful pressure changes in the middle ear.

Your child may have less of an appetite because of the ear pain.

Your child may have a temperature ranging from normal to 104°F.

You might notice yellow or white fluid, possibly blood-tinged, draining from your child’s ear. The fluid will look different from normal earwax. Pain and pressure often decrease after this drainage begins. But this doesn’t always mean that the infection is going away. If this happens it’s not an emergency, however, your child will need to see your pediatrician.

During and after an ear infection, your child may have trouble hearing for several weeks. This occurs because the fluid behind the eardrum gets in the way of sound transmission. This is usually temporary and clears up after the fluid from the middle ear drains away.

Not all ear pain is caused by a middle ear infection. There are also a few other reasons besides an ear infection why your child’s ears may hurt:

Although antibiotics are routinely given for most ear infections in children, the mainstay of pain management for OM is a medication such as acetaminophen or ibuprofen, not antibiotics. Most children with OM have significant ear pain. This may be seen in young children as ear rubbing, sleep disruption, or temper tantrums. Analgesics are most important in the first 24 hours after diagnosis, especially before the child’s bedtime. Fortunately, by 24 hours, close to 60% of children already feel better, rising to 80-90% within a few days. Antibiotics do not relieve pain in the first 24 hours and have only a small effect after that.
Each course of antibiotics given to a child can make future infections more difficult to treat. The result is an increase in the use of a larger range and generally more expensive antibiotics. In addition, the benefit of antibiotics for OM is small on average and must be balanced against the potential harm of therapy. About 15% of children who take antibiotics suffer from diarrhea or vomiting. Up to 5% have allergic reactions, which can be serious or life-threatening.
Encourage families to prevent OM by reducing risk factors. For babies and infants, these include breastfeeding for at least six months, avoiding “bottle propping,” and eliminating exposure to passive tobacco smoke, including clothing that has come into contact with smoke.
http://aap.org/topics.html
Other references:
Find a Doctor Request an Appointment Subscribe 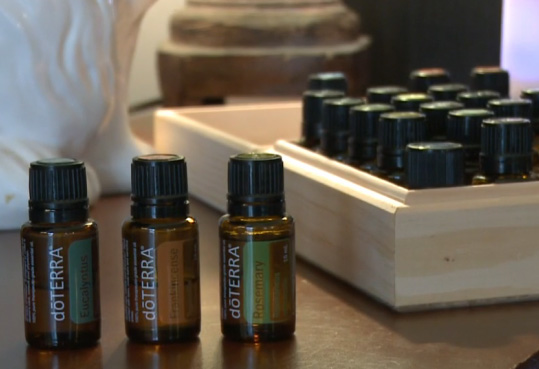 The Return of Essential Oils 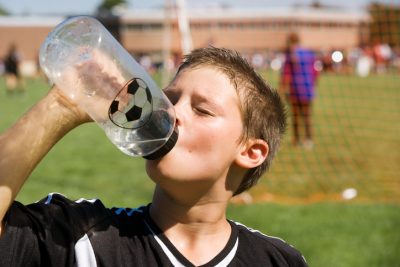