The truth about teens and energy drinks 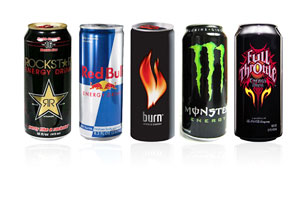 Last week, while working in the ER, a 16-year-old patient came in with a minor sports-related injury. He had with him a can of energy drink that he had been drinking during the practice. I was surprised to learn how little he knew about the side effects and warnings about energy drinks. So, after a long discussion with him about why not to drink energy drinks, I thought to myself, “How many of us parents actually sit down with our kids and have this discussion?” The answer: not many! We are so focused on talking to our teens about drugs, smoking, sex, alcohol, etc… we tend to overlook the dangers of freely available, dangerous and addictive substances that lurk in their everyday lives.

A recent report, published in the February 2013 issue of the journal Pediatrics in Review, summarized existing research and concluded that these caffeine-laden energy drinks can cause rapid heartbeat, high blood pressure, obesity and other medical problems in teens. The authors noted that when these beverages were combined with alcohol, the potential harms can be severe. During the course of our busy lives, it is not uncommon to overlook these legally available and promoted beverages that our kids may have access to. It came as a shock to me that many coaches actually ‘encourage’ kids to consume these to enhance endurance and stamina. So let’s try and stop our kids from using, and in many cases, abusing these drinks.

Energy drinks are promoted by the manufactures as dietary supplements in very appealing ways. They are touted as containing ‘natural’ ingredients with fancy names such as taurine, gingko biloba, ginseng, and guarana seeds. These drinks are mostly sugar-rich, poorly nutritive, and actually harmful in higher doses. The loose regulations and monitoring of these supplements only make them easily accessible to our teens. They are often served cold and sometimes with ice, making them easier to chug than hot coffee. The additives in them, which mainly enhance the effect of caffeine, can lead to dehydration, insomnia, jitteriness, anxiety, nausea, vomiting and in extreme cases seizures. High school kids and in some instances middle school athletes are eventually becoming addicted to ‘the buzz’ from these drinks.

Surveys suggest that as many as half of young people consume these unregulated beverages. The excessive amounts of caffeine in these drinks is especially worrisome. More than 100 milligrams of caffeine a day is considered unhealthy for teens. While an 8 ounce cup of coffee packs a caffeine punch of 100 mg, some of these energy drinks contain alarming amounts of caffeine. An 8.4 ounce can of Spike Shooter has about 300 mg of caffeine, 8.4 ounces of Cocaine Energy drink has 288 mg and an 8 ounce can of Rockstar or Red Bull contains 80 mg of caffeine each. Can you just imagine what these beverages are doing to our kids if they are drinking 2 or 3 cans of these drinks when the heart is already working hard to meet the demands of physical activity?

Energy drinks are NOT to be confused with sports drinks such as Revive, Vitamin water, Powerade, or Gatorade. Sports drinks are meant to replenish water and electrolytes. The main problem with some sports drinks is that they are rich in sugar and can lead to weight gain without adequate exercise when you are consuming them. But the caffeine- rich energy drinks are a whole different genre! It is especially important to discuss with our kids that the effects of alcohol, heat, and increased activity can augment the stimulant effects of energy drinks and could become extremely dangerous… sometimes fatal! The Substance Abuse and Mental Health Services Administration recently reported that hospital visits related to energy drinks doubled, to almost 21,000, between 2007 and 2011. It was also reported that about 42 percent of cases also included drug or alcohol use.

Some people may argue that, when consumed in smaller amounts like 1 or 2 cans, these drinks are relatively safe and can actually give the kids the boost they need. My issue with tolerating the use of these drinks is that, once allowed, we cannot exactly regulate the quantity being consumed and it is hard to tell when the teens are becoming addicted to the stimulant effects of these drinks. Also, combining them with alcohol, illegal drugs or other prescription drugs can cause potentially fatal effects. Talk to your teens about the use of energy drinks. If you don’t ask them specifically about it, it is not something that they are going to volunteer to tell you!

Why do you need the flu vaccine?

Should you wear a baby sling? 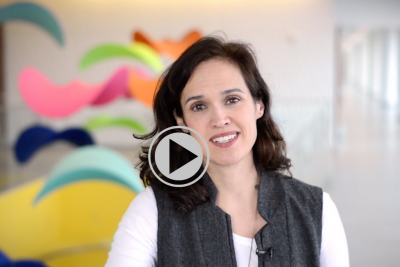 Teaching Real Apologies to Your Children with Dr. Dehra Harris