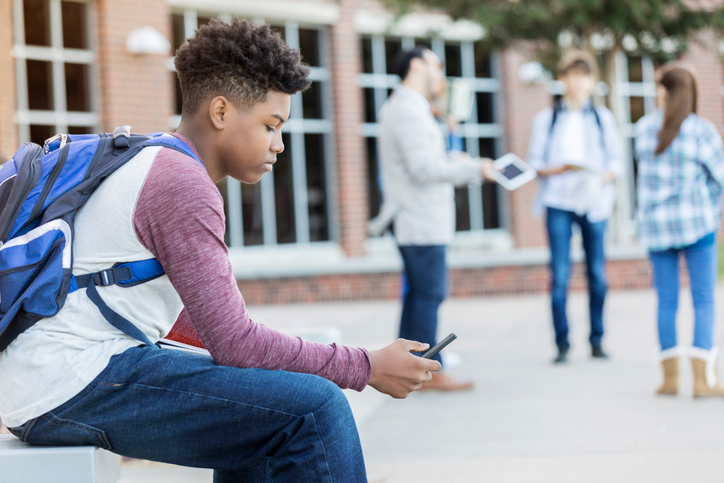 Kids and Cell Phones | How Young is Too Young?

My older son started middle school this year, and he did so without a cellphone. Yes, that’s right, my son is the only person in the entire middle school who doesn’t have a cell phone. At least that is what he tells me. Statistics show that he may not be exaggerating. In 2017, the average age at which children were getting their first cellphone was 10 years old. So, why would a child in elementary school need a cell phone, let alone a smartphone?

Why Do Parents Buy the First Phone

Most parents cite convenience and safety as the reason for buying that first cell phone. Parents like knowing that their child can call them at any time for any reason. They also like knowing that they can find their child and know his or her whereabouts at any time. They like the convenience of texting and the ability for children to FaceTime with other relatives and friends. Sometimes the lack of a landline at home makes it necessary for the child to have phone access while home alone. Some parents give in to the pressure felt from their kids or other parents. They see a first cellphone as a rite of passage and don’t want their child to miss out. Finally, some parents just don’t like handing over their own phone for their child to play games or watch videos.

Cell phones have become much more than mere communication devices. By giving a child a smartphone, you are giving him access to the entire internet and all that comes with it. You are giving your child a pocket-sized screen that he can access any time. The risks of excessive screen time are still being determined. Recently, the American Academy of Pediatrics updated their screen time guidelines to reflect the realities of a technologically-based society. The Academy recommends that children over the age of six be limited in the time spent on screens. Screen time shouldn’t replace activities like being outside and getting exercise and should be spent on quality activities and programming. Screens should not be present during meals and other family activities and they should be kept out of bedrooms. The Academy encourages parents to be aware of their child’s online activities and consciously teach them about the risks of cyberbullying and online privacy concerns. Parental surveillance is hard enough on a desktop computer in the living room let alone a smartphone that fits in a pocket or backpack.

Cell Phones Can Be Distracting

Experts also argue that smartphones, apps and social media have taken over childhood. They fear that children are missing out on the joys of exploring outdoors and using their imaginations. Texting has replaced face-to-face conversation, with many children having difficulty with interpersonal interactions and relationships. Cellphones can be distracting. Time spent on a phone takes away from time spent studying or on schoolwork. Scrolling through social media feeds and flipping through YouTube videos makes it harder for our brains to concentrate for long periods of time. Finally, smartphones are addictive, they interfere with sleep and are associated with depression and anxiety. In my mind, the risks far outweigh the benefits.

When Will My Son Get a Phone

Now, before you feel too sorry for my son, know that he has access to a desktop computer at home, a Chromebook from school and an iPod. We even have a landline that I have taught him to use. He is able to access the internet and communicate with his friends. He will get a flip phone that will allow him to call me in an emergency and make it so that I can reach him. It is my only hope that he actually charges it and answers when I call.

When he is 13, if he shows that he is responsible enough, he will be able to trade his flip phone in for a smartphone. This is the same age at which his older sister got her smartphone, and unbeknownst to me, follows the thought process of an online group called Wait Until 8th. This group asks parents to take a pledge that they will wait until 8th grade to get their child a smartphone. It is their hope that we can change societal pressures, allowing our kids to stay children just a little bit longer without smartphones and the internet in their pockets. Although my son does not appreciate or realize it, he is doing his part.

Ivory Towers and Little Lies: A Plea for the Sleeping Baby 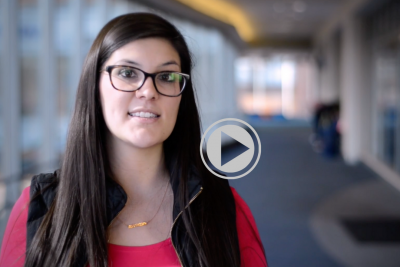 How to Read a Prescription Label