When can my child use the public restroom alone?

My 4-year-old now refuses to use public ladies’ restrooms with me.  “I’m a boy!” he tells me… So what should a mom do?  When is a child old enough to use a public restroom by himself?  What is the real risk here? 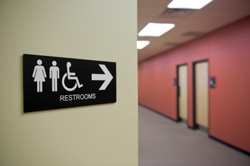 Although the idea of sending my children into a public restroom alone is quite horrifying, the incidence of child abuse in restrooms is rare.  The vast majority of child sexual abuse is from persons known to the child, not strangers in restrooms.

But these cases do happen:

The National Center for Missing and Exploited Children feels that children of any age should not be permitted to use public restrooms alone.

Many older establishments still don’t have family restrooms… and so you’re stuck.  I still drag my 4-year-old son into the ladies’ room, but things are getting harder with my 9-year-old son.  One hotel we stayed at even had a sign outside the restrooms stating that any child over age 7 had to use a gender-appropriate restroom.

Don’t be afraid that you might embarrass your child by talking to them at the doorway.  At very least, your child won’t forget to wash their hands. 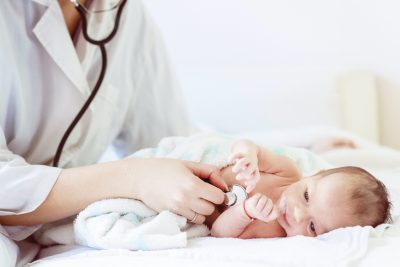 When to Buy Organic Foods for Your Child 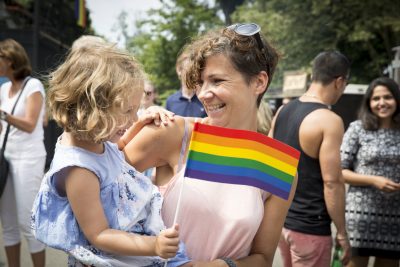 Talking to Kids About LGBTQ+ and Pride