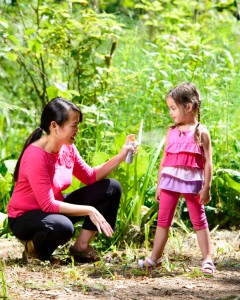 It’s hard to feel good about putting synthetic bug repellents on your kids.  They smell like chemicals and the bottles are covered in warnings.  Is there a more natural bug repellent that actually works?

Skipping bug repellent all together really isn’t a good option. Mosquito and tick bites are more than just an itchy annoyance– untreated they often result in drug-resistant skin infections from the bacteria MRSA. Ticks can carry diseases such as Lyme Disease and Babesiosis. In the United States, mosquitos can transmit West Nile Virus, Eastern Equine Encephalitis, and many others (the CDC has a complete list of mosquito borne illneses here).

There are many effective plant-derived mosquito repellants, including:

What are the real risks of DEET and permethrin, especially in children and pregnant women?

DEET just seems scarier than it actually is.

3M Ultrathon is a DEET-containing repellent that is microencapsulated.  Microencapsulation means the DEET won’t be absorbed by your skin as fast and the insect protection will last longer.

Pick a product with 10-35% DEET.  The effectiveness of DEET plateaus at about 30%, but products with more than 30% will last longer.  Products with concentrations around 10% are effective for about 2 hours, compared to 25% DEET products that last about 5 hours in some studies.

If you have a newborn, it’s best to use mosquito nets and clothing to keep the bugs away from your baby.  Get a mosquito net that fits over your baby-carrier, car seat, stroller, or pack-and-play (you can buy them at major retailers and online). There are very few studies that look at the effects of DEET on infants under two months of age, and rare side effects have been reported, so the American Academy of Pediatrics recommends that DEET products should not be used in this age group.

If you are pregnant or breastfeeding, you can still use DEET. The CDC recommends that pregnant women use DEET based repellents to avoid arboviral infections such as West Nile Virus.

The combination of Permethrin treated clothing and DEET-containing repellent on exposed skin is the best known protection for both mosquitoes and ticks, especially the Ixodes tick, which carries Lyme Disease. This is the approach I choose for my family. I’ve tried other products, but nothing is as effective, long lasting, and convenient as this combination.  We also use a lot of mosquito nets on baby equipment, screen tents, and screen porches.

After the bite– how to make the itch go away: I treat mosquito bites aggressively and quickly, before they get scratched with dirty little toddler fingers.  It’s best to treat bites as soon as you realize you’ve been bitten, hopefully even before the bite begins to swell.  If you treat the bite early enough it may only last hours, not days. You’ll thank yourself at the end of the day when you’re kids aren’t itchy and grumpy. Early treatment also prevents the skin infections that come with scratching.

My magic combo for mosquito bites is topical hydrocortisone ointment or cream and an oral (by mouth) antihistamine such as benadryl, Zyrtec, Allegra, or Claritin. These drugs are available over-the-counter (here are my 12 tips for saving money on over-the-counter medications).

Tick bites can also be itchy, and can be treated the same way.  If you notice a round rash developing around the site of the tick bite, this can be a sign of Lyme disease or other tick-borne illnesses, and you should seek medical attention.

Are you headed out for a family camping or road trip?  Don’t leave home without your family first aid kit– here’s a list of everything you need to avoid spending your vacation in the ER.  Then save yourself some grief and read my 10 Tricks for a Family Road Trip and avoid a National Lampoon’s family vacation. 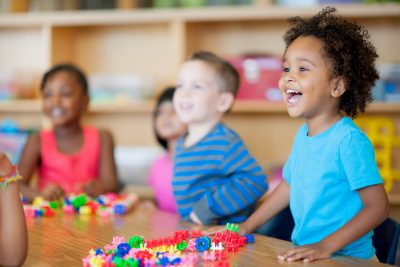 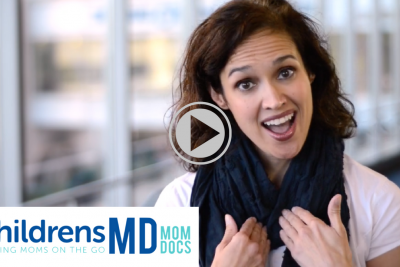 This is the Key to Calm Parenting 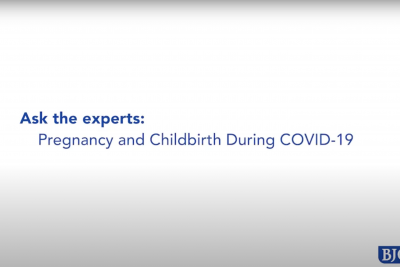