Having a dog can help AND hurt your child. Are you pro dog?

Having a dog when you are a baby can actually protect you from developing asthma and allergies later in life.  New research from is helping us understand why.  But “man’s best friend” isn’t always baby’s best friend.  Your baby’s risk of injury from a dog is actually higher than his risk of injury from walkers, cribs, and many recalled products.  Are the benefits of having a dog worth the risks to your child? 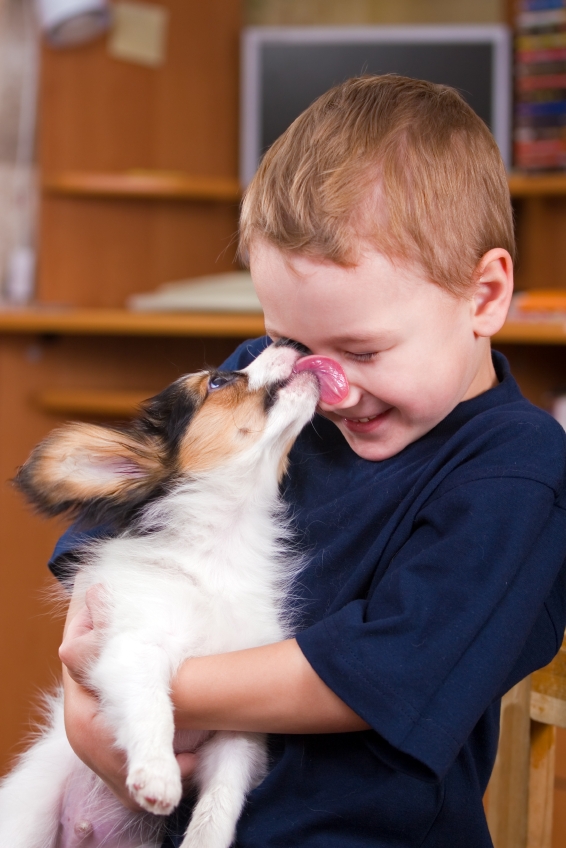 We’ve known for some time that infants who are exposed to dogs have a lower risk of asthma, eczema, and allergies, but until recently we didn’t understand why. The first year of life seems to be a critical period in which the immune system figures out what is foreign, and needs to be attacked, and what is normal, and should be tolerated.  The immune system seems to “learn” what is bad vs. what should be tolerated based on the bacteria that are in a baby’s intestines.  Researchers have found that people who own dogs have a specific kind of bacteria in their house dust.  When they exposed mice to house dust from homes with indoor-outdoor dogs, the mice had intestines full of a bacteria called Lactobacillus johnsonii.  The same mice had fewer asthma-like symptoms.  The mice’s immune systems also didn’t produce much of the inflammatory cells and chemicals that are associated with asthma, allergies, and eczema.

I have a toddler with asthma, eczema, and multiple food allergies, and I’ll do about anything to make him better.  I’ve spent too many nights sleeping by his crib, listening to his labored breathing and treating his asthma.  I know the absurd reality of parenting a 2-year-old who can’t eat most foods and doesn’t understand why.  But I don’t have a dog.  Perhaps if I had known of this research when he was an infant we would have considered it.  But at this point, with five kids under age 10 in our house, I am too concerned about the risks of dog bites to consider adopting a four-legged family member.

I took care of a nine-month-old baby girl who came to our emergency room with a dog bite that had ripped her face and scalp into pieces. As soon as I entered the room her father’s first words were, “It wasn’t the dog’s fault.” He went on to explain how this crawling infant had provoked the dog.  The parents assured me that this infant would never be around this dog again. A few months later this same infant came back to our emergency room with another dog bite to the face, from the same dog.

I wish I could say that this was an unusual story, but it’s not. While the plastic surgeon was sewing up this infant’s face, we exchanged dog bite ER stories. Most notably, he sewed up one woman’s dog bite to the face only to read in the newspaper that she had been killed by her dog a few months later.

There are almost five million dog bites every year in the United States and nearly one million require medical attention, according to the Centers for Disease Control. There were 31 fatal dog attacks in the United States in 2011, including a 15-day-old infant.  Children under ten years of age are at particular risk of dog bite. It is especially dangerous to let dogs and babies play together on the floor.  Although any breed can bite, pit bulls, rottweilers, presa canarios, cane corsos, mastiffs, dogo argentinos, fila brasieros, and their mixes have been shown to be the most dangerous breeds. Most dog bites are from dogs known to the victim, owned either by the victim’s family or neighbor.

Is there a “right age” for a child to get a dog?  Dogs teach kids responsibility, socialization, and love.  And dogs are fun.  To prevent asthma and allergies, you would have to own a dog during the first year of life while the immune system is developing.  But this is also one of the most dangerous times for dog bite/attack.  Some limited research has recommended waiting until age 10 to get a dog, to limit the risk of dog-related injuries.  But by age 10 the immune system is quite developed.  It is unclear if dog exposure would protect against asthma, eczema and allergies at this late age.

As for my family, we just expose our babies to dog-house-dust.  That’s what the research shows to be protective, right?  Just about everyone we know has a dog, so we visit them and let our babies crawl on the floor, but with the dog someplace else.  I wish I had known this trick when my asthmatic child was an infant. 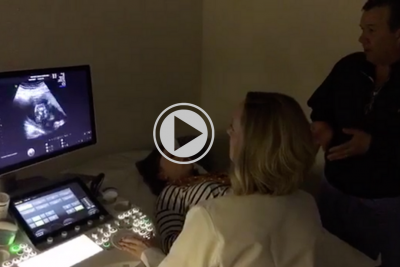 Halfway There! All Things 20 Week Ultrasound 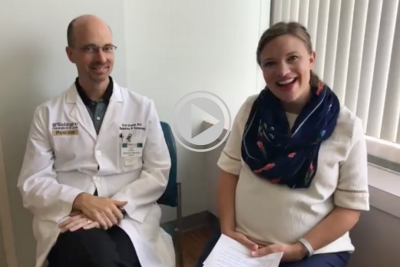 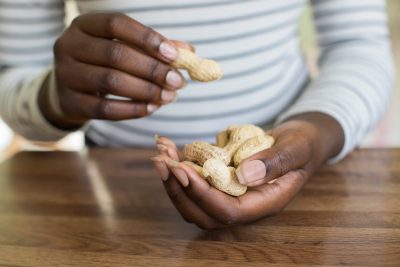 Should I consider oral immunotherapy for my child with a peanut allergy?