Does my baby need an organic crib mattress? Answers from a mom-pediatrician 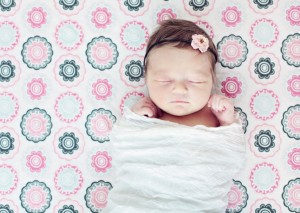 Pthalates and other known toxic chemicals related to PVC are commonly used in crib mattresses and mattress covers: Phthalates are common in our environment because they are used in the processing of plastic, especially in the softening of vinyl and PVC. Phthalates are not bonded to the vinyl so they are easily and invisibly sloughed off onto our hands, or into the mouths of children with oral habits. They can also be inhaled into the lungs. A recent study shows that the baby’s warm body temperature actually increases the release of pthalates from the crib mattress. The authors write, “In infant sleep microenvironments, an increase in the temperature of mattress can cause a significant increase in emission of phthalates from the mattress cover and make the concentration in the infant’s breathing zone about four times higher than that in the bulk room air, resulting in potentially high exposure.”

Phthalates, which are restricted in children’s toys, are permitted in mattresses because these items are not technically “toys.” California has banned pthalates in crib mattresses. Phthalates are also found in PVC, including the PVC piping used for home drainage pipes. Have you ever wondered why we use PVC piping for home drainage pipes but not home water supply pipes?  It’s because PVC contains phthalates. As a society we have decided not to use phthalates in children’s toys and home water supply pipes. But pthalates are still permitted in crib mattresses.

Exposure to phthalates is associated with disorders of hormonal regulation including diabetes, obesity, early puberty, and infertility. Phthalate exposure is also associated with ADHD, cancer, and a host of other disorders.

So, avoid buying a crib mattress with a vinyl cover.

Crib mattresses can emit toxic gasses: Many chemicals used in the plastics and foams of crib mattresses can evaporate at room temperature, resulting in toxic gasses. These chemicals are called “Volatile Organic Compounds” or VOCs.  A recent study identified some of the VOCs found in crib mattresses. The authors write, “[VOC gas concentrations] were greater for new mattresses compared to used ones and were influenced by the type of foam material and the presence of mattress cover layer. A variety of VOCs were identified, with polyurethane foam releasing a greater diversity of VOCs compared to polyester foam.”

Conclusion: Avoid buying a crib mattress from a company that won’t tell you what flame retardant they use.

Many infants die of SIDS while sleeping on crib mattresses: That doesn’t mean that the crib mattress caused SIDS (sudden infant death syndrome), but there is a theory that toxic fumes from crib mattresses could be related to SIDS.  There is limited research on this hypothesis in the pediatric medical literature. We do know that the best way to prevent SIDS and infant suffocation is to put babies to sleep on their backs and remove suffocation hazards from the crib. Many companies are now marketing breathable crib mattresses that allow a baby to breath even if sleeping face down.

Breathable mattresses make sense because, in theory, they should both reduce SIDS and reduce exposure to toxic gasses. The same is true for breathable bumpers.

Organic crib mattresses aren’t necessarily safe crib mattresses: Just because a crib mattress is labeled as “organic” doesn’t mean your baby will sleep safely. Many organic fibers, such wool, use chemicals in processing and still have flame retardants added.  Products such as sheep skins are too soft for infant sleep and may increase risk of SIDS.

The bottom line: Buy a firm, breathable crib mattress for your infant, and avoid products such as polyurethane and vinyl in all of your baby products.  Ask which fire retardant is being used on your crib mattress.  And then be sure to understand SIDS so that both you and your baby can get a good night’s rest.

Are you expecting a baby?  Here are 11 medical decisions to make before your baby is born (or someone else will make them for you), plus essential tips on writing your birth plan. 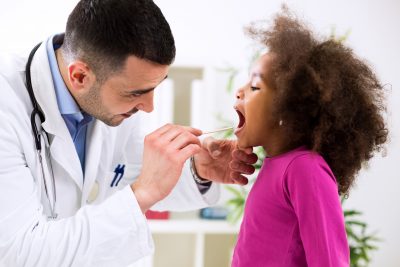 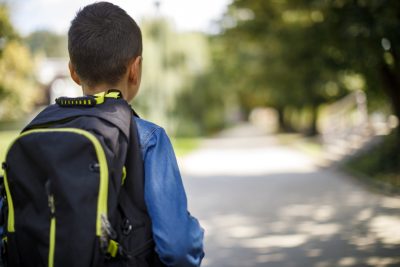 Is My Child Ready to Start School? | A Doctor's Perspective

Understand the risks of bed-sharing