My 2 – 1/2 year old still sits in his rear- facing in his car seat.  I plan to keep him rear-facing as long as possible and at this point it seems likely he will be rear facing until he is at least 3.  Our car seat allows for safe rear-facing up to 40 pounds and my son is not close to this weight limit.  Many parents switch their children to face forward well before their child’s second birthday despite the recommendation by the AAP that children rear face until at least age 2.  Parents often view turning the car seat as a right of passage and a sign of growing up.  But, many people are not aware how much safer their children would be in the event of a crash in a rear-facing seat.  Studies estimate that children ages 0-2 are 5 times more likely to be seriously injured in a car accident if they are forward-facing.

Safe passenger restraint is important for people of all ages.  Motor vehicle crashes are the number one cause of death in children over the age of 4 and an estimated 15,000 children die in car accidents every year.  Close to half these deaths involved children who were completely unrestrained in the car!  Those children who were restrained — but were incorrectly restrained — were 28% more likely to die and 70% more likely to be seriously injured.

So what does the American Academy of Pediatrics recommend?

1) Rear-Facing Car Seat: Children should stay rear facing until at least age 2, unless they outgrow the height and weight restrictions on their car seat sooner.  Most convertible car seats can accommodate children up to 35 pounds in a rear-facing position.   Many hospitals and fire stations offer free car seat installation and testing.  In St. Louis this service is provided by the St. Louis Children’s Hospital Safety Stop.  I highly recommend bringing your car seats in for installation and teaching on proper usage.  Remember to make a new appointment for each new child or new car seat, as they all fit and work slightly differently.

2) Forward- Facing Car Seat: Children should ideally sit in a forward facing 5-point harness car seat with attached tether though age 4.  Most forward facing car seats can accommodate children up to 60 pounds or more.  If you are using the latch system in your car it is important to be aware that the weight of the child plus the weight of the car seat cannot exceed 65 pounds.  You may find that in order to use your car seat safely you need to install it using the seatbelt rather than latch as your child grows.  If you have questions about this you can make an appointment with the Safety Stop or your local car seat check station and they will make sure your car seat is installed properly with either the latch system or seatbelt.

3) Booster Seat: Children should sit in a booster seat until they are 9 years old AND at least 4 feet 9 inches tall or 80 pounds.  Booster seats come in both high-back and low-back varieties.  You should use a high- back booster if your child’s head is not fully supported by the back of the seat.

4) Back Seat: all children under the age of 13 should be restrained in the back seat with a lap and 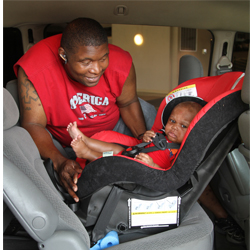 1) Children will be too uncomfortable sitting rear facing as toddlers: Most toddlers do not mind sitting rear-facing.  They will usually fold their legs or rest them up against the seat back.  Children may in fact even be more comfortable rear-facing as their legs are not just hanging off the edge of the seat.  It turns out that children in Sweden routinely sit rear facing though the age of 4!  If you are concerned about your seat backs getting dirty you can cover them with a towel or buy a seat protector.

2) Extended rear facing will cause kids to break their legs in an accident:  There has never been a study showing this to be the case. However, even if it were true I would rather my son break his legs than his neck.  Kids sitting rear facing have much more protection provided to their vulnerable heads and necks.

3) Kids don’t like it:  Most kids don’t know the difference and are just as happy rear facing as they would be forward facing.  Toddlers are notoriously opinionated and throw fits over every little thing.  Some kids hate brushing teeth, some refuse to hold hands when crossing the street…yet most parents would agree that despite the fact that their child is protesting the teeth have to be brushed and their child is not allowed to run into the street.  We need to treat riding in the car like any other hard limit and put our kids’ safety first.  My son occasionally gets upset in the car just like all kids, but overall he does not seem to know the difference.

If you’d like more information, or would like to set up an appointment with Safety Stop, call 314.454.KIDS. 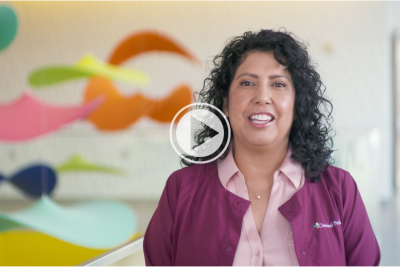 Is My Child Developing at the Right Pace? A New Milestone Tracker 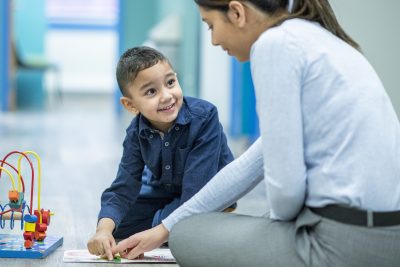 Tics in Kids: What's "Normal" and When to see a Specialist 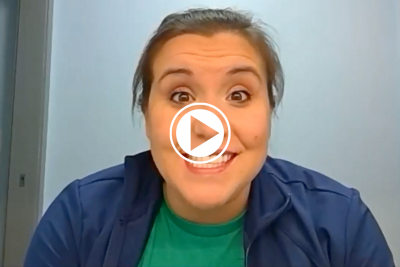 Tooth Sensitivity: Why It Happens & How to Help Your Child