Recently I attended a delivery of a baby a baby born to a mother who was almost 50 years old.  I did a double-take when I saw her age on the chart– this was the oldest mother I had ever seen deliver.  Her baby, who had Down Syndrome, seemed like a miracle to her.

A woman’s chances of conception start to fall around age 25, and by age 45 healthy women without known infertility have only about a 5% chance of becoming pregnant.  The risks associated with late-in-life pregnancy are significant for both mother and child.  Yet the women I spoke with all seemed very willing to accept these risks.  Here are their stories of loss, sacrifice, and joy. 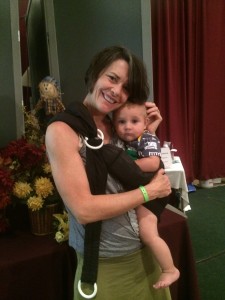 With a history of six miscarriages including three after age 40, Lilli and her husband were no strangers to loss.  She delivered her last miscarried baby at home, a perfectly formed tiny human she was able to see, hold, and grieve for with her husband and four living children.  They named him and had a private family funeral.  The likelihood of another child seemed bleak.  And so they opened their home to two foster children – brothers, one with special needs.

And then those foster children also left their home, leaving another sense of emptiness, another hurt, another loss.  Just days later, Lilli was conceived, naturally, without the aid of infertility treatments.  She was 46.  This was an unexpected joy.  Her whole family was starting to heal.

There was no shortage of medical concerns.  Lilli had to address her gluten sensitivity and make big changes to her diet.  She had to get healthy quickly.  And it worked– she had a healthy pregnancy, healthy natural delivery, and healthy baby, all at the age of 46.

Her oldest child was already 14 years old, busy taking selfies and acting like a self-centered teenager.  When the baby came, the selfies turned to selflessness.  “Love never divides,” Lilli said, “It only multiplies.”

“I nearly died with my 4th baby due to high blood pressure.  I saw a specialist, one of the best doctors in Boston, and he 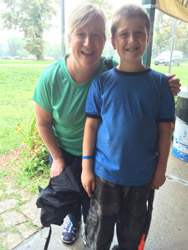 told me never to get pregnant again, because if I did it could be fatal to both me and the baby.”  Then, she found out she was pregnant at age 45.  “My doctor told me I was the oldest patient in his practice.”  Yet he supported Mary 100%, never criticizing her for choosing to carry her baby.  He warned Mary to anticipate months of bedrest, but fortunately she had only one week of bedrest before she delivered a very healthy baby boy after an easy labor and delivery.

“The amazing thing was that I was really healthy through my 5th pregnancy.  I had more problems with my other pregnancies when I was younger.”

Mary is now 54 with an 8 year old.  “I’m much more relaxed now, as a mom.”  She says she doesn’t feel very old– she has to think about her age, even though her oldest is 24 and she is a grandmother.  “A lot of women my age are all done with children.  Having children keeps me young and active.  I’m less focused on myself, less selfish.” 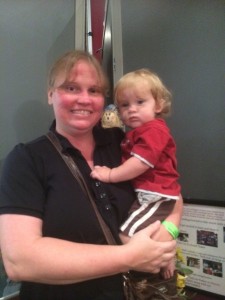 Nancy’s friends didn’t really believe that she had infertility, she had four healthy children.  Yet she hadn’t conceived in nearly 7 years despite a happy marriage and the absence of birth control.  And then, at 39, she naturally conceived her fifth child.  And again, to her delight, she conceived her sixth child at age 41, also without the aid of infertility treatment.

Nancy’s husband, Mark, was 46 when they conceived their 6th child.  Nancy started to calculate his age when the baby graduated from high school.  “Let’s not even do the math,” Mark said.

“Every time I went to the doctor it seemed like they were trying to scare me,” she said.  Although Nancy appreciated her doctor’s care and concern, it just seemed like no one understood her delight and the obvious reasons why she was willing to accept all these medical risks.  Other than some high blood pressure, her pregnancy and delivery were healthy.  So is her baby.

People have started mistaking Nancy as the grandmother of her infant, especially when she goes out shopping with her 19-year-old daughter and the baby.  When she clarified her status as mother, one cashier remarked, “That’s dangerous.”  Nancy wonders if people would be so critical if this were her first child.

The world is full of criticism of people’s parenting choices.  I’ve been widely criticised for having five children.  Behind every hard decision is a story. 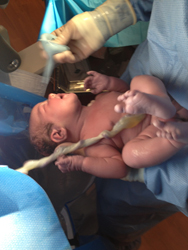 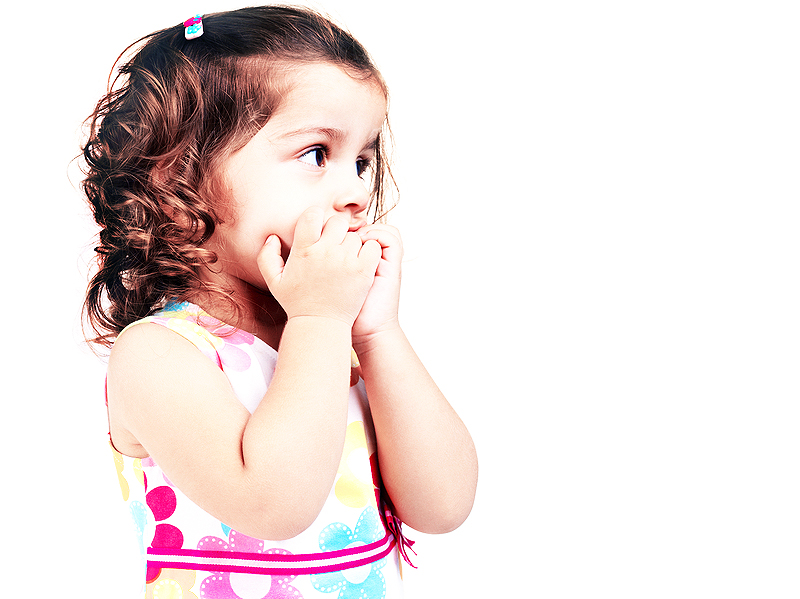