Keeping Your Child Safe: 6 Things MomDocs Know That You Should Too

Last summer on the way home from the beach, the SUV I bought to keep my kids safe had warning lights showing on the dashboard just as we were about to make the day-long drive home. Here I was, far from home and alone with the kids and my trusty vehicle was acting anything but trustful. Thankfully, some kind soul pulled up at the station and noticed my concern. After kindly solving my vehicle issue and learning what I do professionally, he began talking to my kids. The conversation went something like this, “I bet your mom doesn’t let you sleep with toy necklaces on, or run with hard candy or blow up latex balloons, does she?” My kids were totally amazed! How did this total stranger know so much about their mom and her rules? He saw the looks on their 11-year-old faces and laughed. “I didn’t let my kids do any of those things either. I’m a paramedic, I drive an ambulance”. Ah, a kindred soul.

As a pediatrician who works in a hospital setting, I’ve seen kids die and have had to tell their parents their sweet 3-year-old old was not coming home with them. That’s the part of my job that is nightmarishly horrible. BUT, I’m a glass-half-full girl to the heart and the reality of those tragedies is that each one offers an opportunity to save many hundreds of children’s lives IF I take the time to 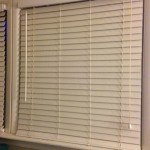 teach you what I know. That is why we blog as MomDocs. We know, as parents, when you know better, you do better.  My editor scolds me if I write too much. So, here are 6, “off-the-top-of-my-head-recent-nightmares-now-you-know-better-so-you-can-do-better” things all parents should know.

“Police say a 2-year-old boy died Monday after getting caught in the cord of window blinds in his bedroom. The boy was found hanging several feet off the ground inside his family’s home.”

Secure the cords of mini-blinds up high and out of reach. Better yet, when you replace them, buy blinds or shades without cords.

Necklaces, ribbons, pacifiers tied to a string- all these pose a strangulation risk. Talk

to your kids about the risk and check before putting them to bed to make sure they aren’t wearing or playing with something that could strangle them once lights are out and you leave the room. 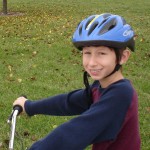 3. Stress the Importance of Helmets

No helmet, no bike. Period. Kids can survive broken arms and legs, Those injuries heal completely. Head trauma, not so much. Fatalities and long-term neurological disabilities are much more common in accidents involving bikes, skateboards, roller skates, or skis when the child is not wearing a helmet. Our brain doesn’t heal itself as well as our bones. Make sure someone skilled in helmet fitting has fitted the helmet to your child’s head. Lead by example. How can kids think helmets are important if they don’t see mom wearing one?

A beautiful teen-aged girl rolled in on a stretcher to St. Louis Children’s Hospital. She was blue. In 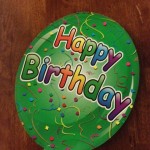 less than 30 minutes, she would be pronounced dead. An hour ago, she was a smiling, excited girl running around decorating for her birthday party.  Running around with a latex balloon to her lips. Despite the best efforts of the ambulance crew, her airway was blocked and they couldn’t save her.

I knew latex balloons were a choking hazard, but like most parents, had always thought of them as something to keep away from children less than 3 years of age. Uninflated latex balloons, especially the tiny ones meant to be filled with water, can easily be inhaled when someone takes a deep breath. Running while blowing them up raises the risk. Once the balloon is deep in the airway, it is difficult to remove. Teach kids (and your neighbors) that water balloons are just for water. When possible, buy foil (Mylar) balloons which are not a choking hazard. 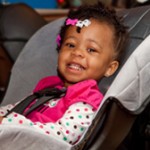 monstrosities in the back seat? They really do save lives. To be safest, read the three-step fine print. Kids should be in the back seat, backward facing until age 2. Forward facing children under aged two have remained restrained in their seats in high-speed collisions but still died due to stresses on their necks and heads. Step two, no coats while in car seats. Remove coats before placing your preschool or younger child in the car seat. The extra space between the seat straps and the child’s torso created by the stuffing in coats allows some kids to fly out of the car seat in high-speed collisions. Step three, more than 80% of car seats installed by parents are not installed correctly. Have a trained professional inspect your car seat. It is a free service in most areas.

“Oh relax, loosen up” The thoughts going through my mind when I returned from taking one child to the bathroom during church service to find my other preschool-aged child sucking on a piece of hard candy. Then he coughed, became silent, turned red then turned blue and his hands went to his neck. Because I am a MomDoc, the next thoughts that came to my mind were not ones of distress or panic but anger, “Bleep bleep (you fill in the words, and sorry God), THIS is why you don’t give little kids hard candy!” As I moved toward my son to do the Heimlich, the candy dislodged and flew across the aisle toward a large group of nuns. The look on their faces was priceless. Avoid all candy; your dentist will be proud. But, if you do buy it, no hard candy to the under 5 crowd and teach older ones not to run around with hard candy in their mouths.

I know I am definitely not as smart as a 5th grader, but now you are as smart as a MomDoc when it comes to keeping your kids safe from these 6 hazards. 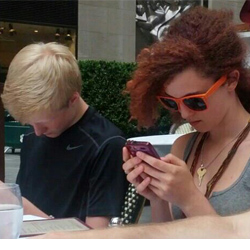 How to be a good parent - and keep your cell phone too! 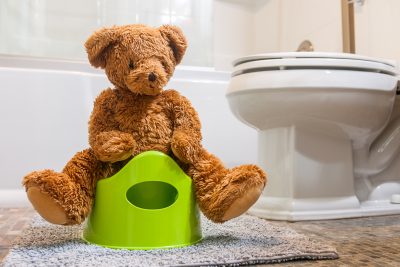 How to Manage Encopresis in Children 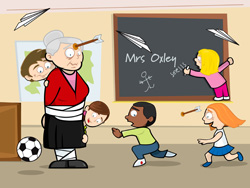 When the Back-to-School Honeymoon is over: Handling problems in the classroom